December just flew by..sorta. Sometimes I was like “Man, four weeks until Winter Break” and other times it flew by. I can’t believe it is now 2018. I really do not make resolutions but I am going to try this year to take time to breathe. Like it is okay to stay in my house and relax. I don’t always have to be on the move. Anyway, my life in December.

Last month before my big race so I did some long runs this month like a 20 miler. I felt great on that run. I also hit some PRs at Crossfit. December has been pretty cold here(for Houston) which is my favorite running temperatures. I love it in the 40s. There has also been hot humid days too. It was very weird and explains why everyone got sick this month.

After my 20 miler, we went camping at Lost Maples State Park which is like 60 miles west of San Antonio. It was in the 30s throughout the night and rainy. My husband packed our car and forgot to pack my suitcase so my coat, socks, everything was in my house. So I was really cold. The next morning though, we went on a nice hike as a family(dog too) and it was beautiful. Highly recommend that park. 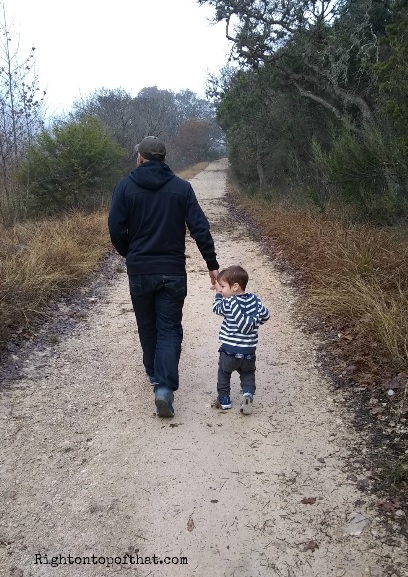 We had a lot of fun with friends in December. I started December with a baby shower for a friend which my husband even went because it was at a playground so the kids could play. The night I went with a friend to an ugly sweater party. I had a couple of Christmas Light Runs with friends which are my favorite. I did a dinner with some sorority sisters. I saw my college roommate/sorority sister and went on a brewery tour with a friend before New Years.  Some of this will be extended on.

On the 30th, we went with a friend to two new to us breweries.  They are both close to me and one hasn’t officially had their grand opening.  We went to Wicked Boxer Brewery and Bearded Fox. Wicked Boxer is new and hasn’t had their big grand opening yet.  The space was small but cute. Bearded Fox has been open for a while and has stuff for kids, free popcorn and had a food truck on site which was nice. 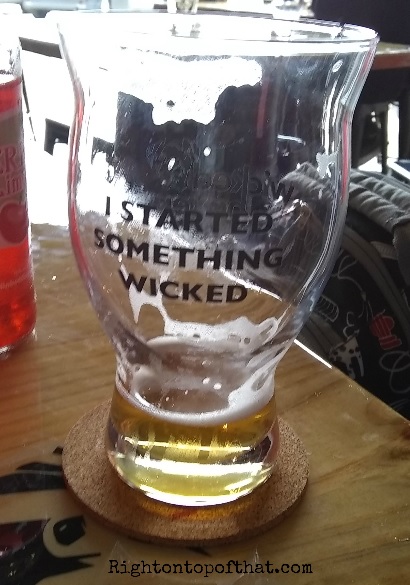 I had to take a weekend trip to Dallas for a training for my volunteer job. We stayed at a Marriott because it was next door to the training. The hotel was nice and the food was good. The gym looked pretty nice but I didn’t work out in there. They had little maps of running routes in the area so I did that. I ran before the sun came up since my training was early and the only problem was one of the routes you went on a cute path except it was dark, no lights, and no one could see it. So the next day, I turned before the path and just ran in a neighborhood instead.

Dallas/Addison Marriott Quorum by the Galleria

My son had an appointment with his allergist and he is still allergic to peanuts but not as bad as last year which is a good sign. I did feel bad because the night before, my son was cleaning up his toys and fell right on the coffee table so his cheek was all cut up and bruised.

For the holidays we traveled to St. Louis to see my mom, aunts, sister, etc. We stayed with my mom and got in Christmas Eve. I had won a free drink ticket on my flight for knowing my Christmas trivia. My sister had ordered my favorite pizza for when we arrived. It was cold the whole time I was in St. Louis like 18 degrees as the high cold. The only good thing, there was snow the whole time.

For Christmas we went to Illinois to have lunch at my aunt’s house. It was nice to see everyone including my cousins. The night my mom, sister and I went and saw Father Figure which I do not recommend. We did get Steak N Shake beforehand so that was enjoyable.

On Tuesday we went to Myseum to let Eli play all day. He had a blast and it was a great place. That night I caught dinner with my college roommate, her husband and her daughter at Kirkwood Station Brewery. It is always great to see her.

On Wednesday we went to Chesterfield Sports Fusion to play mini golf. Unfortunately my son had no interest in playing minigolf so it was a bust.

We left super early the next day. So it was a great trip but short.

For New Years Eve, some friends came to a restaurant by me to eat dinner and celebrate. I was home at like 8:30 and then watched Dick Clark’s NYE or whatever it is called. Very low-key but whatever.

So that was my December summed up pretty quickly. Last thing, I saw the movie Miss You Already and I really enjoyed it.